My name is Sara Wyen. I created Blood Clot Recovery Network (BCRN) in the Spring of 2013 after suffering from a life-threatening blood clot in my leg (Deep Vein Thrombosis) that broke free and traveled to my lung (Pulmonary Embolism), where it lodged and permanently damaged some of the existing lung tissue.

Not only did I feel isolated, confused, hopeless and angry after my clotting incident, I felt like I had nowhere to turn for support, encouragement, guidance or answers. No one I knew had experienced this before and most of them didn’t even know what a blood clot was. I am grateful to say I had a team of doctors who I believe cared greatly about my health, but that was jut it – they were concerned with keeping me alive, not my emotions or thoughts on what had happened. They operated in survival mode – my survival. As time went on and I got the basics answered, that only lead to more questions and more feelings of angst over why this had happened to me. I began scouring the internet for information and while some resources do exist, they are not easy to find and are often medical in nature.

Most shockingly, I discovered that blood clots, including those of the leg (Deep Vein Thrombosis or DVT) and those of the lung (Pulmonary Embolism or PE), affect upwards of 600,000 Americans each year and cause more deaths than the more well-publicized occurrences of breast cancer, AIDS, and motor vehicle accidents, yet they are virtually unheard of. Perhaps more disturbingly, I found that blood clots do not discriminate. You’re at risk for a DVT (and potentially a PE) if you are sitting for long periods of time, such as when driving or flying; have an inherited a blood-clotting disorder; are on prolonged bed rest, such as during a long hospital stay or paralysis; have had an injury or surgery; are pregnant; have cancer; have inflammatory bowel disease; have heart disease; take birth control or hormone replacement therapy; have a pacemaker or catheter; have had a DVT or PE previously; have a family history of DVT or PE; are overweight or obese; are a smoker; are over 6o years old; are tall; or are a female (http://www.apsfa.org).

It became imperative that I tell everyone I know – and everyone I do not know– about the signs, symptoms and dangers of blood clots and the idea of BCRN was born. 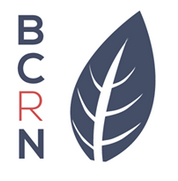 Member Since: over 5 years ago

Blood Clot Recovery Network has not started any posts.

Commented on Hughes disease (aka) antiphospholipid studies: does anyone know of? about 5 years ago

Hi! I have APS and take warfarin. I am not sure what Nuevo is. My concern would be making sure it is approved or studied in APS patients, due to the constant need for monitoring because of the nature of the disease. Many new medications are not yet approved for broader uses. Are you able to follow-up with a specialist?

Hello. I would definitely give your doctor a call tomorrow if you can about your dizzy spells, as that could be a sign of something more serious. I have never experienced dizziness when my INR has been off. It is concerning that it is lasting that long, combined with any type of symptoms in your chest, it would be better to get it checked out or at least talk to your doctor. I hope this helps and take care!

Commented on does Stress affect INR ? over 5 years ago

My INR has been stable for about 2 years (I'm taking warfarin). Recently it dropped for a reason I cannot identify, but I am under a lot of unusual stress. I think stress contributes to INR and wonder if it is effecting me most recently. I just wanted to share my experience.

Commented on INR 7.5 & bi-pass surgeries over 5 years ago

My dosage is 100 MCG, but it would be different for everyone depending on the amount of warfarin you are taking, height, weight, etc. I would recommend you talk to your doctor about what dosage YOU need. The important part is creating a consistent baseline in your system. Best of luck during your treatment!

Commented on INR 7.5 & bi-pass surgeries over 5 years ago

I had an ongoing unstable INR until I started taking a doctor-prescribed vitamin K supplement. It has been proven that taking a consistent amount of vitamin K actually helps to stabilize the INR and in my situation, it did just that. I have been stable for over a year with only small fluctuations, not enough to be concerned about. I take warfarin, aspirin and vitamin K every day.

Commented on My Name is Veronica, Co-Founder of INR Tracker, and I have a blood clotting disorder. Ask me anything. over 5 years ago

Hello Veronica, thank you so much for sharing your story! Factor V Leiden is one of the clotting disorders that I know little about so I am very thankful for this information and your openness to share with the community. Thank you for co-founding INRTracker as it is a great resource for those of us still on warfarin or anyone wanting to take back control of their health. Thank you!